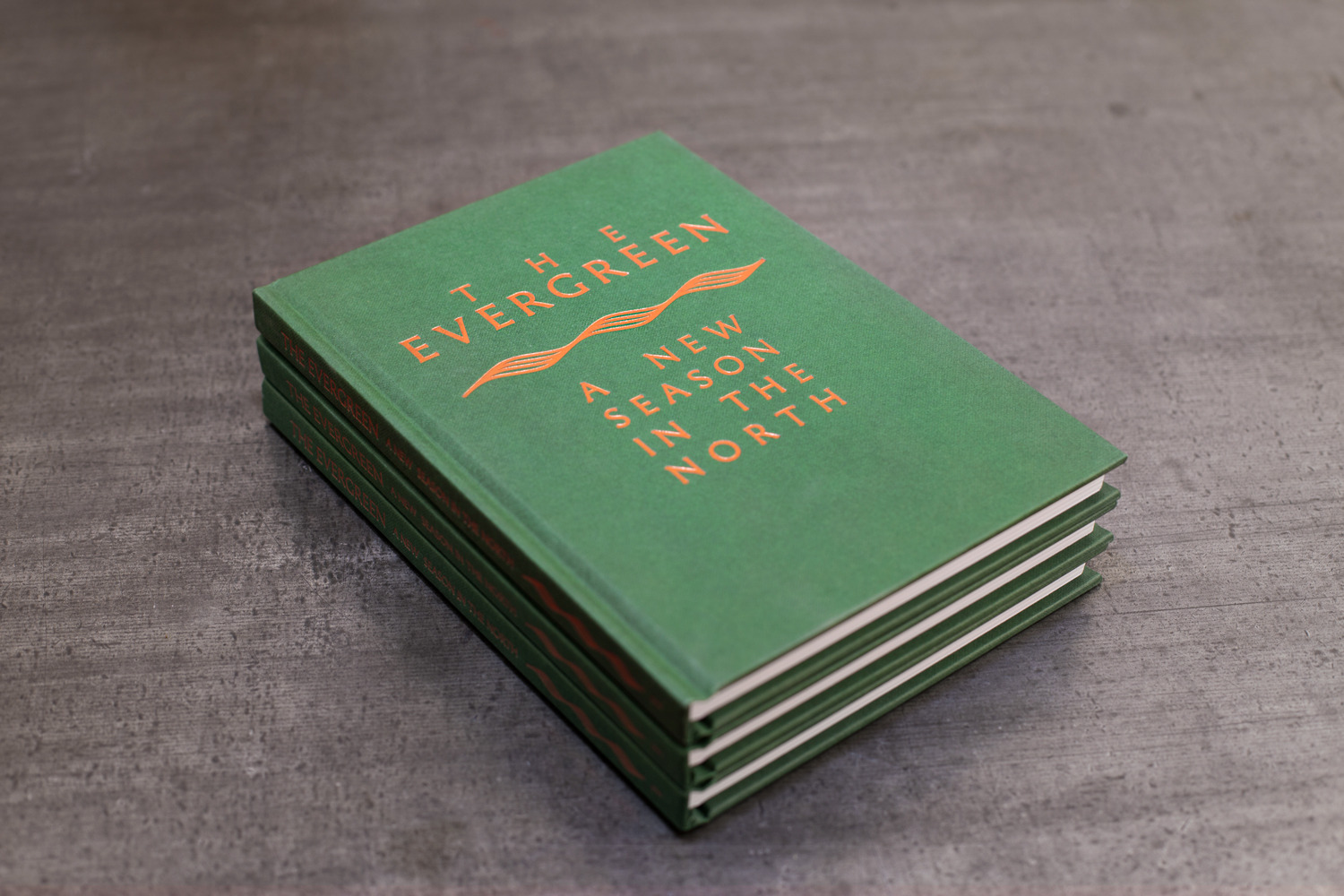 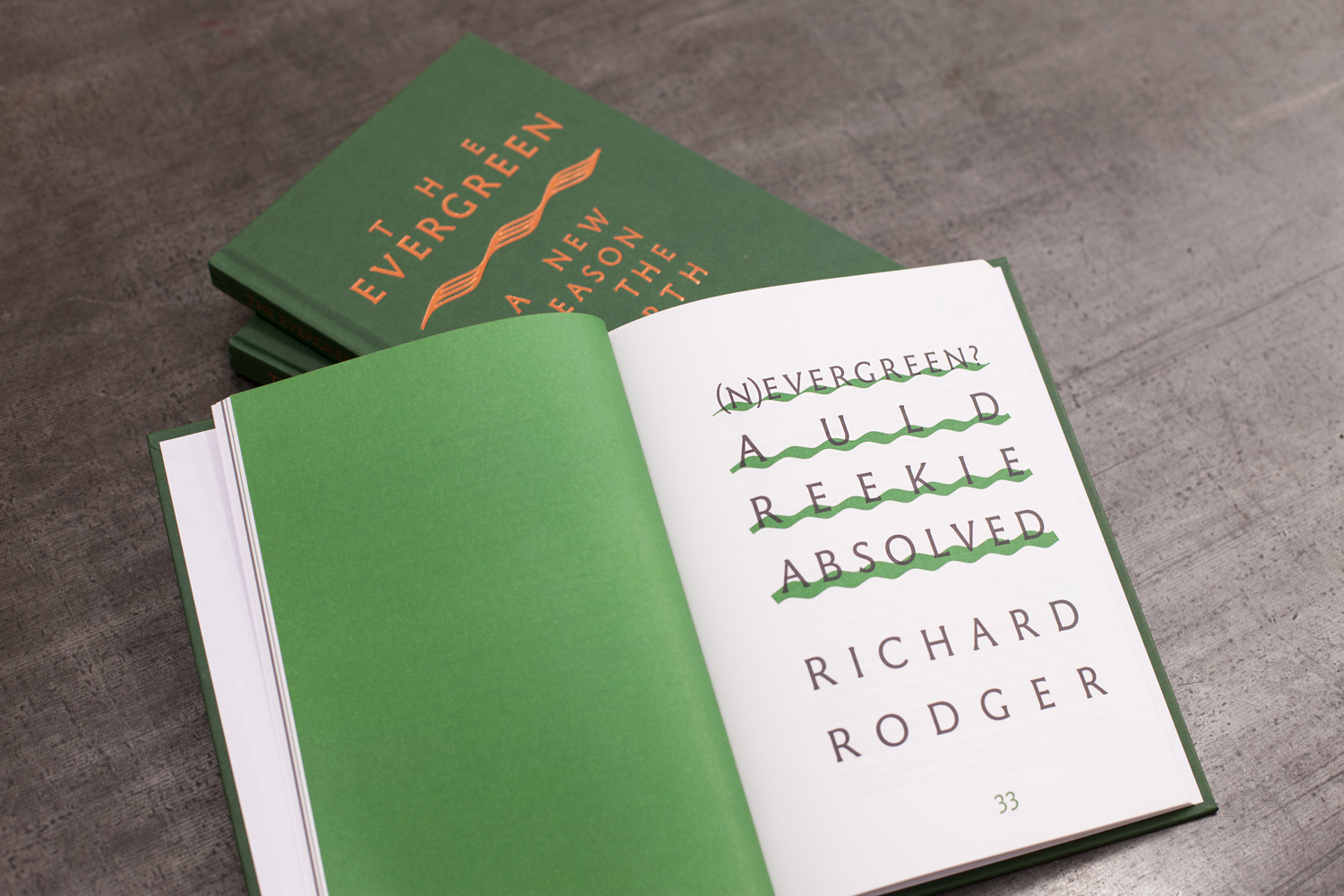 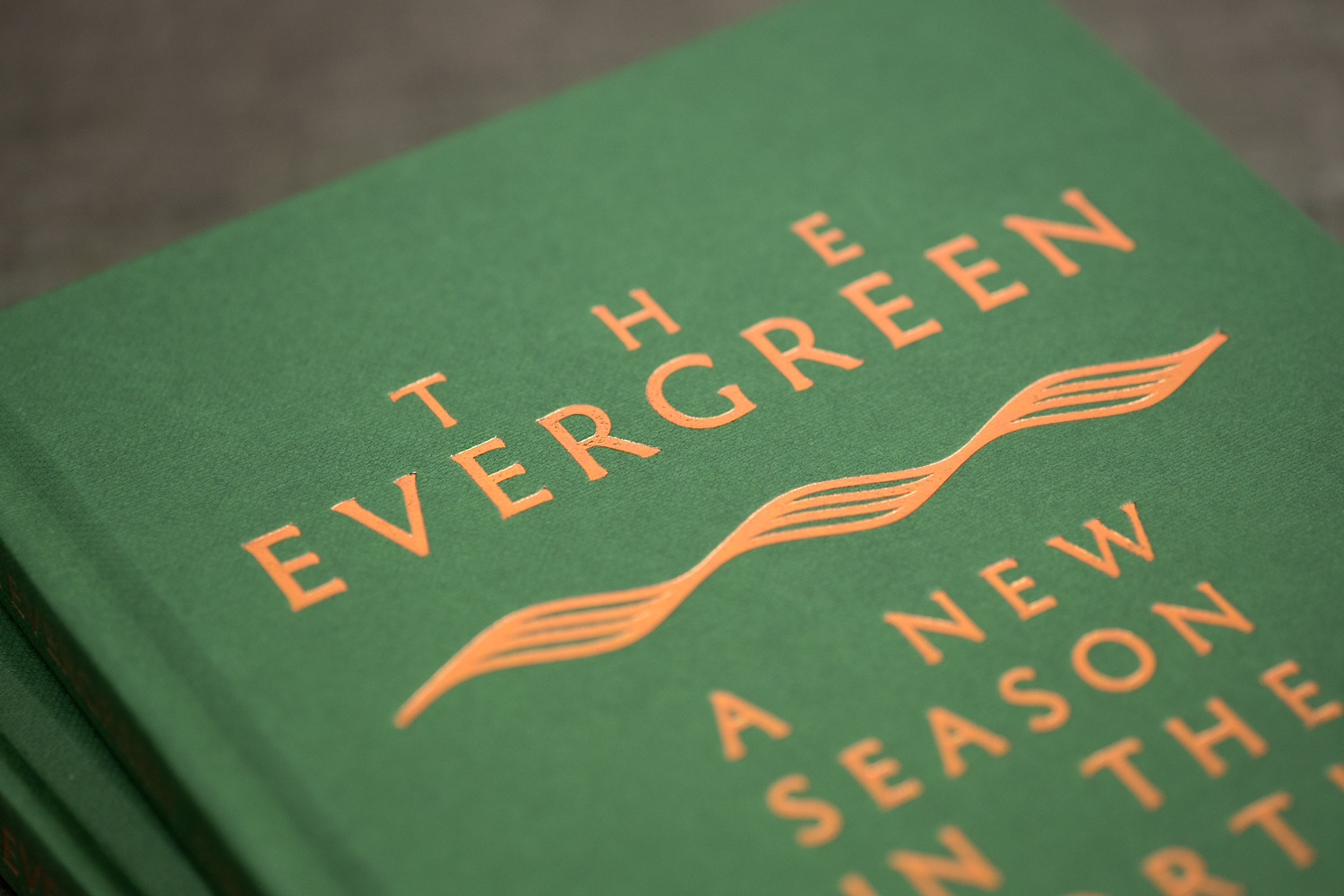 The Evergreen: A New Season In The North is a collection of new writing from “Edinburgh’s Old Town, and succeeds the last ‘Evergreen’ published in 1896” by Patrick Geddes.

“You only need to watch people handling The Evergreen Volume 1 for the first time to be aware of this. Aside from being the most beautiful book you will have seen this year, it doesn’t exactly conform; so even before you’ve read a word, a strike appears to have been made against the conventional.”

An update of previous Evergreens by Allan Ramsay and Patrick Geddes, The Evergreen, A New Season in the North aims once again to ‘revive local colour’ in Scotland’s capital city and explore how literature and the arts support community.

The last Evergreen was published by Patrick Geddes & Colleagues from Riddles Court in Edinburgh’s Lawnmarket in 1895. In this new publication, the ‘local’ is revisited through current literature, art and ideas. New poetry, fiction, visual art, and essays on social and cultural issues will be presented in four issues over the next two years.
Its return has been made possible by The Word Bank, Edinburgh Old Town Development Trust’s publishing initiative, with the support of Creative Scotland and the Leverhulme Trust.